Home Next Challenge Grant Could You Camp for 100 Nights in a Calender Year?

Could You Camp for 100 Nights in a Calender Year?

Last week I announced the winners of the 2016 Next Challenge Grant with a wonderful mix of ideas.

But whilst I’ve been reading through this year’s applications, some of last year’s winners have been out there, in the hills, having their adventures.

One such person is 23-year-old Canadian student, Carmen Braun. Her idea was as simple as it was brilliant, and as easy to understand as it was difficult to imagine. She undertook to spend a hundred nights under canvas in a single year.

That’s one night out of every three or four spent under a canvas. An average of two nights’ camping every week for a year. Tough under any circumstances but, of course, it has to be fitted around normal life too. And, for Carmen, that included completing her last year of university, taking her finals and writing a thesis.

Here’s a flavour of how her year went… 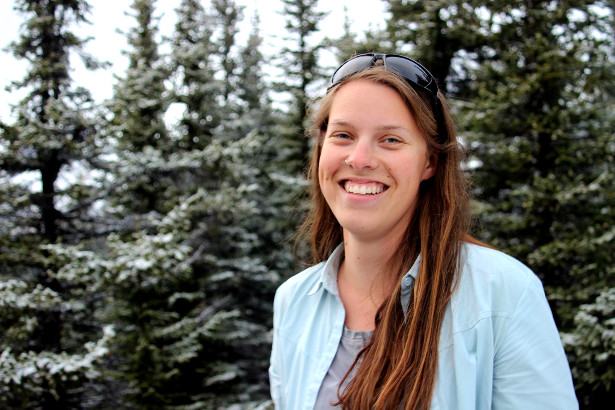 The only thing that marked the half-way point of this challenge was the photo-shoot associated with it. The time of year and the location worked together so that the constellation Orion appeared to be standing perfectly upright, just above the trees, when I was heading to bed. Orion has long been one of my favourite constellations, and I couldn’t pass up a photo opportunity with him on such a crisp, clear night.

The tent wasn’t mine. I had left mine 3,000 miles away in Halifax when I flew to Alberta for the winter holidays. I borrowed one off a friend and – bonus – the red of his tent made for a much better photo than would have the faded-brown of mine!

Fun Fact: Over the 100 nights, I used 6 different tents 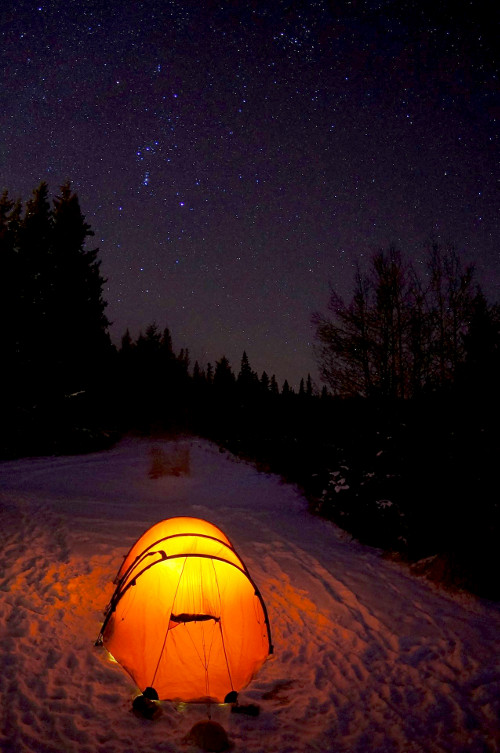 And so it began

This all started last summer, when I heard about the blogger Semi-Rad’s summer camping challenge. His goal was to camp for a month between the May Long weekend and Labour Day in September. However, I heard about it too late and, besides, I have a huge affinity for winter camping; that the challenge was only for the summer made me very sad.

Obviously, the only way to solve both problems was to issue myself my own challenge, and so it began: 100 nights in 365 days.

Fun Fact: My first big camping trip was a cross-country roadtrip with my parents when I was only 6 months old. 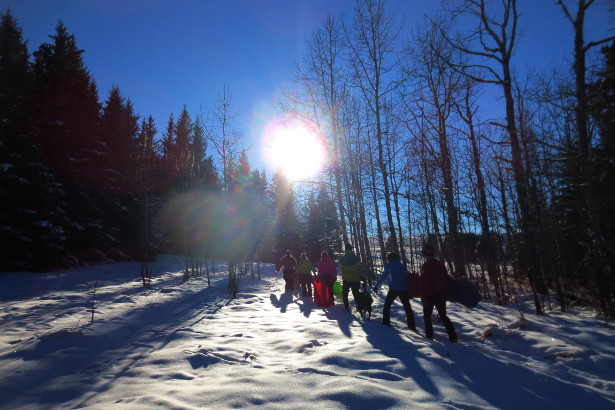 Exploring the woods and frozen river

The three types of fun

Half a year later, I was staying at my friend’s place in Southern Alberta, celebrating the New Year with old friends. I had come to know them all on a previous trip to Alaska and a bunch of us congregated for a week-long reunion. It was with them that I learned all sorts of incredible things, including the three types of fun:

We came up with a fourth type that summer: Type D fun, which is not fun during and not fun after.

Fun Fact: I camped with over 50 different people over the course of the year. 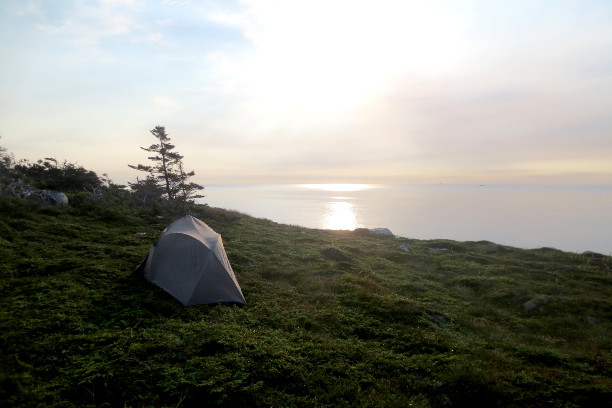 I honestly enjoyed every single one of the 100 nights. Now, this may be partially due to the fact that most people’s Type B fun is included in my definition of Type A fun. It might also be due to the fact that I consider Type D fun a type of fun. Or it might be due to the fact that I just really really like camping. It might also just be that I lucked out! I camped in pouring rain and during heavy snowfalls. I tried to plan according to the weather but it was hard enough scheduling two nights’ camping per a week around other commitments without having to worry about what the weather was doing. 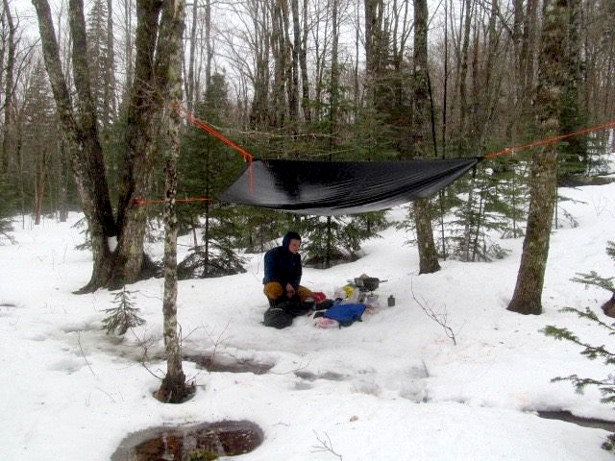 Cooking breakfast while avoiding puddles after the rain passed. The night before, there had been about a metre of snow.

In the last month and a half of the challenge, I camped on about 40 nights. I flew down to Nevada with a bunch of my classmates for a field school. We explored the rocks in Rainbow Springs, the fans near Furnace Creek, the metamorphic complexes in Monarch Canyon, and folds and faults of Big Poleta.

After that, I picked up my friend Mary’s truck in Colorado and delivered it to her, 3,000 miles away in Alaska. I had to get picked up at the border though. I learned the hard way that Canadians can’t drive American cars in Canada. Apparently I would have needed to import the vehicle, even to just drive it through Canada on my way back into the States! We went to Whitehorse to visit and camp some more and flew to Calgary to visit my family and go backpacking. It was quite the whirlwind month and a bit! I certainly have no complaints. 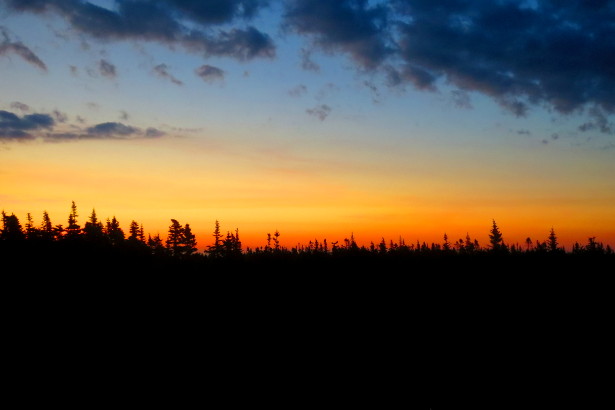 The last night was, funnily enough, very uneventful. In fact, over the camping-filled days leading up to it, I had completely lost count of which night I was on. I knew I was within a day or two of the goal, but that was about it.

I had walked about 40 km that day with my sister and my friend Natalie, from Waterton Townsite, Canada, all the way to Goat Haunt, USA, in Glacier National Park and then back again. It rained most of the day, and when it wasn’t raining, the foliage was so dense, low, and soggy that there was no hope. None of us were particularly warm, so the fire started by the tour boat operator just as we arrived at the shelter was much appreciated. Of course, this fire was for the tour boat people, so we waited patiently, listening to them make comments about how long a hike it is, and how crazy we must be to be walking it in this weather, until they had left. The promise of maple cookies drove us forward, step by step, all the way back to our campsite for what would be the last night of this challenge!

Fun Fact: This year I’ve camped in the prairies, the mountains, and on the coasts of both the Pacific and the Atlantic oceans. 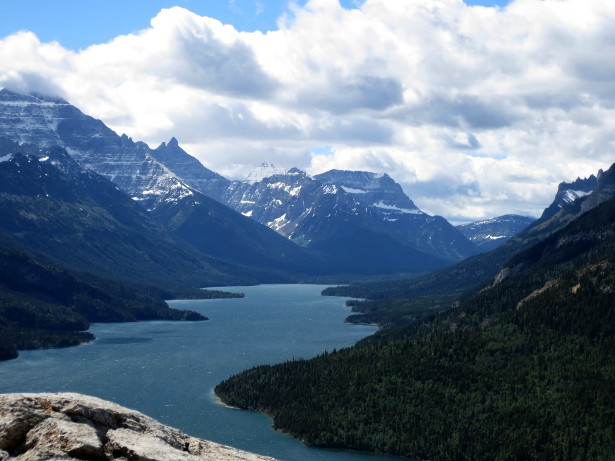 View of Waterton Lake, and the valley where I spent the 100th night

A year of camping

I had planned to camp the night of June 18th, 2016 to mark the exact one year point. Then it started raining… Having already completed the 100 nights, I decided, for the first time in a year, to let the weather dictate my camping plans. Did that ever feel strange! I ended up spending that night inside, in what we call “the Tardis room” at the farm. It is just the right size to fit a double mattress, and spending that night in this tiny but cozy room was oddly liberating!

Fun Fact: During the challenge I camped on crown land, national forests and backcountry sites, as well as in backyards, on farms, on a dock, and, unfortunately, in an RV park. 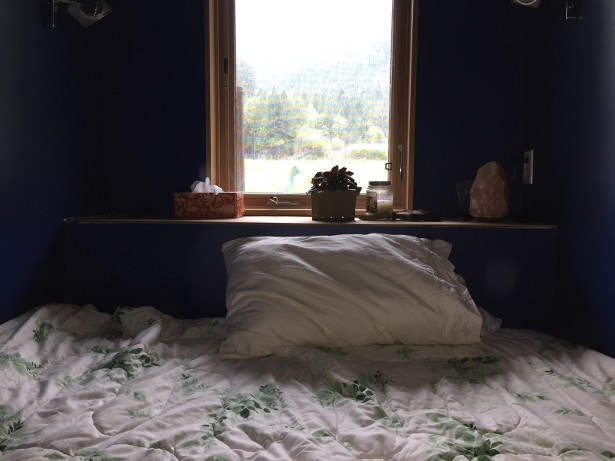 I have been camping all my life. The only reason my parents waited until I was 6 months old to start was that I was born in December. I don’t think anything could increase the love I have always had for the outdoors, and spending time there, but this challenge certainly did not diminish it either! It has given me a better appreciation of just how easy it can be to get out there, but also illuminated some of the hurdles in the way of getting to a point where it is that easy. I am fortunate to own all my own gear, great camping areas within reach of public transportation, or failing that, friends with cars, and some, albeit limited, time to spare. Without those things, this challenge would have been a lot more difficult!

A huge thank you to Tim and The Next Challenge for collaborating with Keen to get me some new boots, the folks over at Bam for the great base layers, and to everyone who camped with me, or followed my adventures! Given the flurry of camping in May and June, I have some posts that still need to go up, so keep an eye out for those at 100nightscamping.com. I’ve also made a neat story map of all the places I camped, you can check that out at arcg.is/29CLTOC 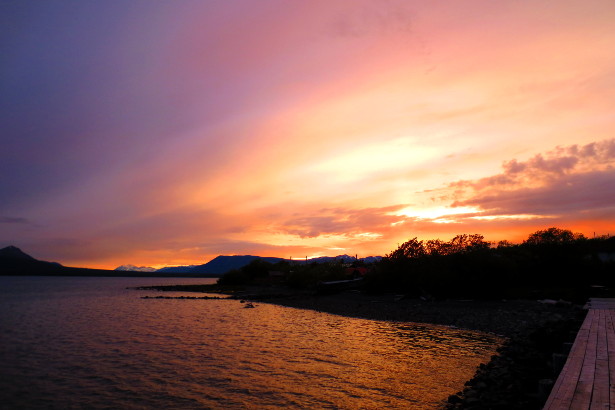 You can read more about Carmen’s camping challenge on her blog here.

You can find out more about The Next Challenge Grant, contribute to it and apply here.