An irrational hatred of traffic lights 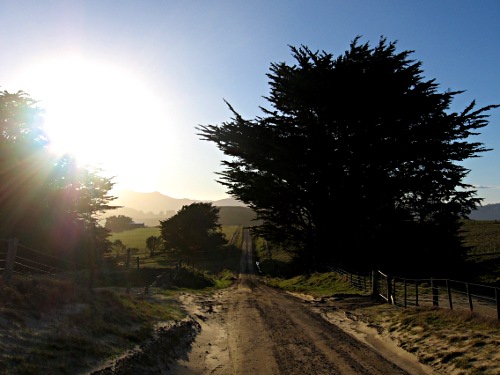 On the A3 near Kingston-upon-Thames, there is a pedestrian footbridge that crosses the road. When following the cycle lane down from Tibbet’s Corner, if I want to turn right up Kingston Hill I used to have two choices: charge across three lanes of A-road when the coast was clear, or carry my bike over the bridge. But there has recently been added, a pelican crossing.

I used it once. Stopped my bike, pushed the button and waited for those three lanes to come to a standstill before cycling my merry way across the road.

THREE LANES of traffic on a major London thoroughfare during rush hour stopped to allow me passage across a road over which there spans a bridge. That was the first time I used it and, I hope, the last. How can I justify delaying so many people simply because I am too lazy to carry my bike up and down some steps?

And since then I’ve been accruing an irrational hatred towards traffic lights. I am a good boy, generally, and obey the Highway Code so often find myself, stationary on my bike, staring at a red light, listening to the bleep of the Green Man and watching an empty crossing – the pedestrian protagonist having nipped across the road at a quiet moment before the lights changed colour. Could you not have waited 30 seconds for that gap instead of pushing the button and halting everyone else?

Or I sit in traffic watching someone stand idly at the side of the road waiting for those lights to change when they could just as easily have walked through. Why make everyone stop and slow traffic further when it was barely moving before?

Oh, I know that these things are necessary! That old ladies cannot lug heavy bikes over bridges, that it’s safer to follow the Green Man than walk out into traffic, that the crossing was probably put there to let horse riders get from Wimbledon Common to Richmond Park and I know that traffic flow, cities, life and the world in general would not function without a carefully coordinated set of coloured lights. But isn’t it just a tiny little bit sad that we need them?

Wouldn’t it just be nicer if drivers and cyclists would pause a moment to let people cross the road without a light bulb instructing them to do so? Would not the world be a better place if people took the effort to walk around, over or through the roads rather than enforce stasis on everyone else for their 7-seconds of crossing? Wouldn’t it be just plain great if people did things of their own accord, because they wanted to and not because they had to?

Wouldn’t it be great if we didn’t need traffic lights?