Home Tim's Adventures Inside Iran: Images from the Islamic Republic

Inside Iran: Images from the Islamic Republic

Before setting off to cycle around the world, there was one country that we both looked forward to more than anywhere else: Iran.

Cycling in an Iranian winter

We cycled approximately 900 miles in Iran, from the northwest to the south. 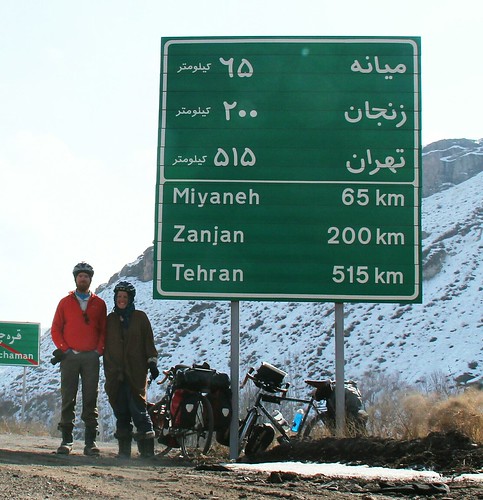 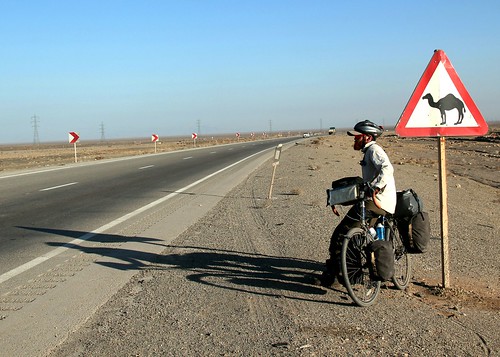 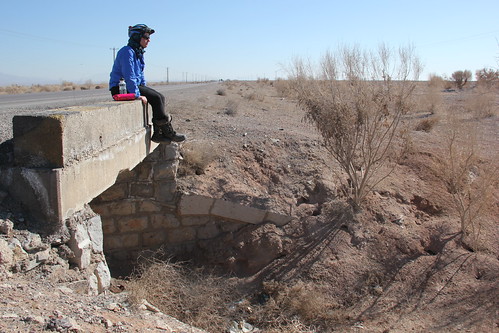 It was cold, bleak and beautiful. 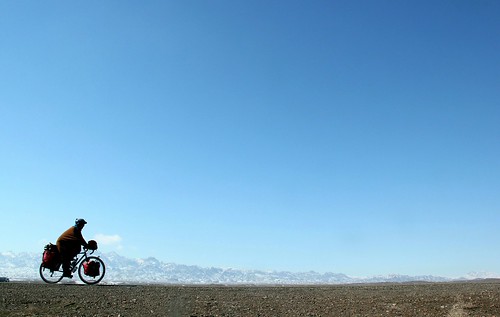 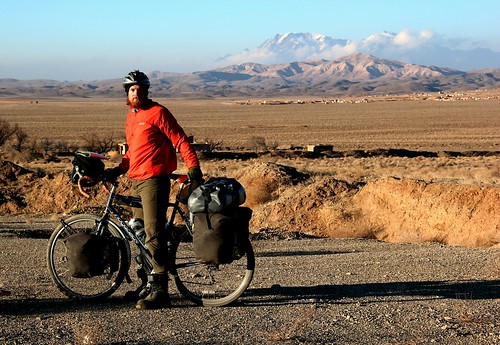 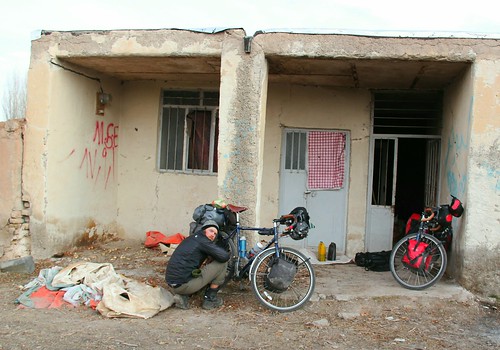 We visited some wonderful mosques, shrines, palaces and bazaars. In Isfahan… 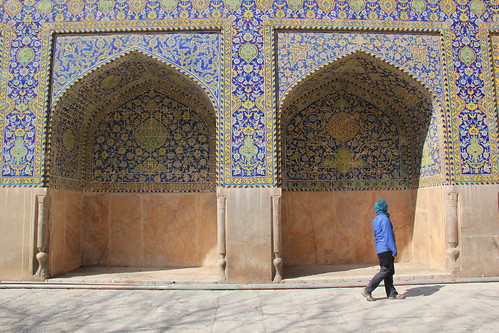 …the Fin Gardens in Kashan… 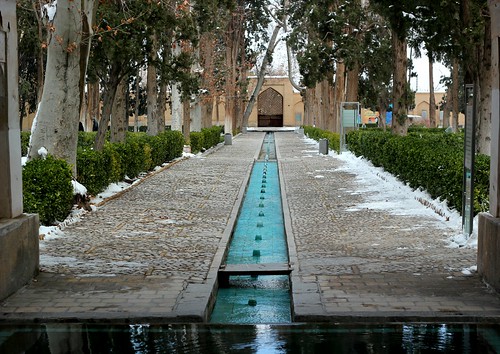 … and the Zoroastrian Fire Temple in Yazd where a flame has burned for hundreds of years. 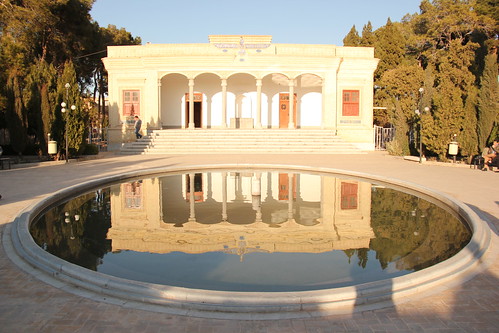 Wandering through the winding streets and covered bazaars, we felt like we had been transported to another time and place… 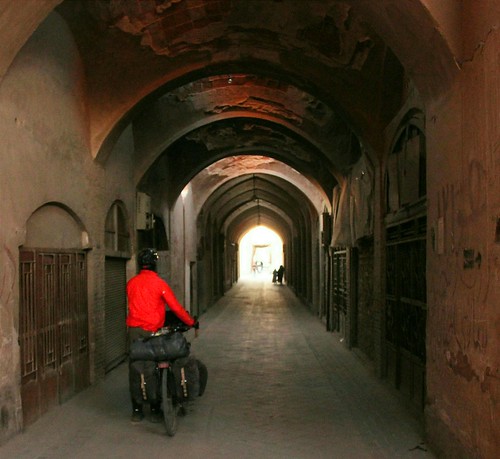 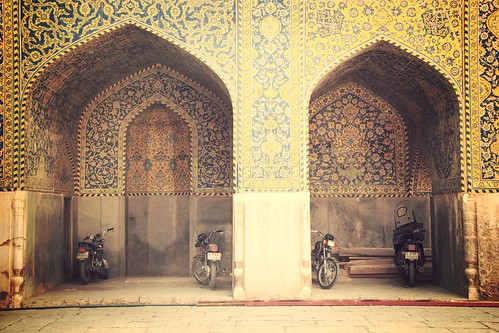 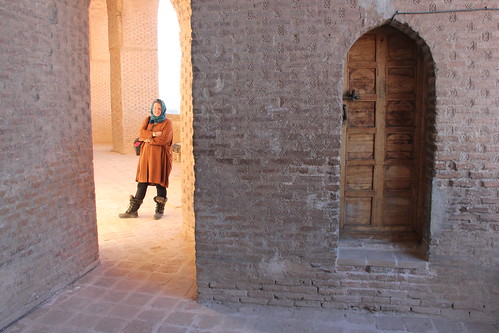 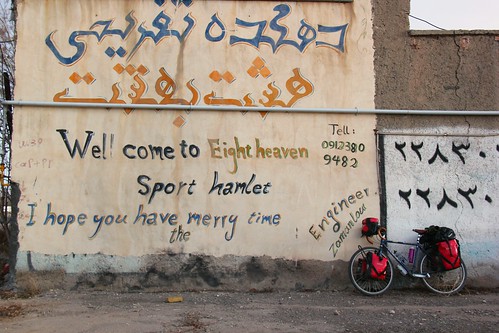 Friends who had previously visited Iran warned us that Iranians are some of the most hospitable people on earth and our experiences were no different.

We were regularly invited in by families… 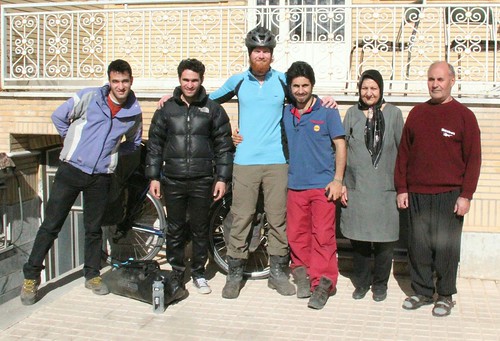 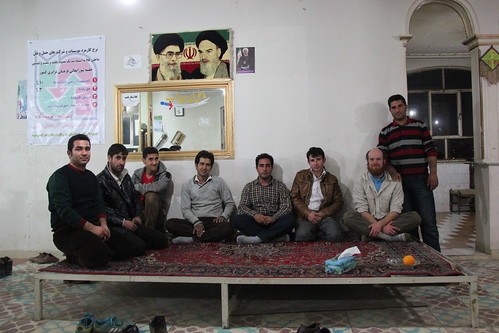 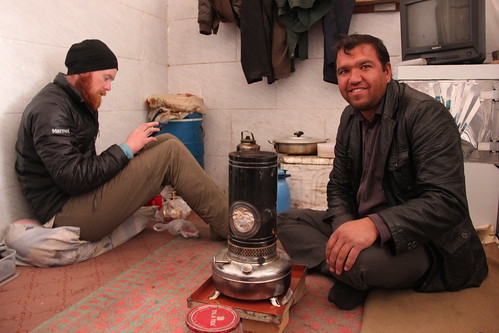 …and even taken in at the top of a icy mountain by the Red Crescent (similar to the Red Cross) who schooled us at table tennis. 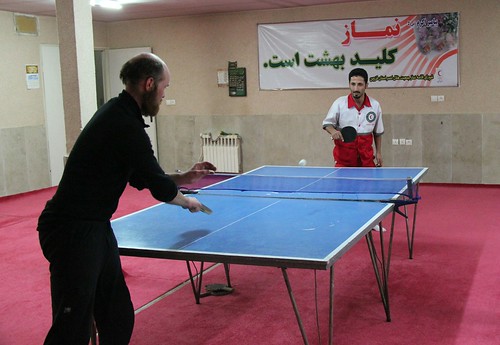 We also bumped into British adventure duo Tom Allen and Leon McCarron at the start of a river rafting expedition in the country. 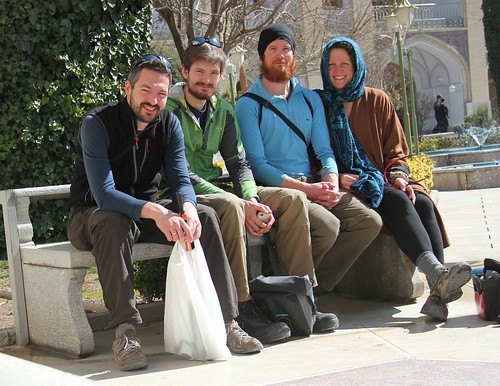 Even if you didn’t know who Ayatollah Khomeini was before visiting the country, you’d be hard pressed to leave without finding out. His face is everywhere on road signs, posters and framed photographs.

Khomeini became Supreme Leader after the 1979 revolution. His successor (on the right with the glasses) is Ayatollah Khamenei, the similar names unhelpfully confusing to the newcomer. 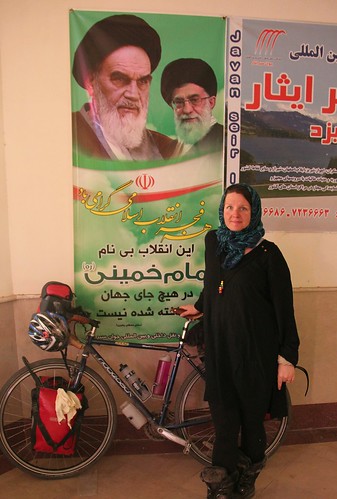 He was fiercely anti-American, a sentiment that persists to this day. During the anniversary celebrations for the Islamic Revolution, hundreds of ‘Down with USA’ banners were floating around. That said, people didn’t seem too bothered about ascertaining our nationality before repeatedly giving us sweets and saying “Welcome to Iran!” 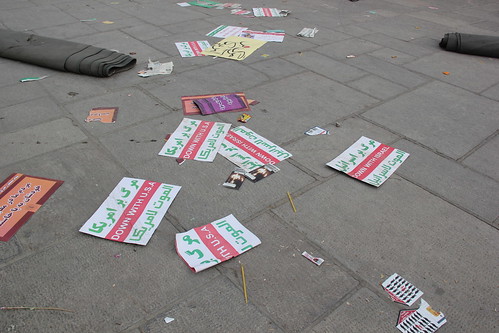 Women are required by law to wear a headscarf in public and dress modestly. That includes foreign cyclists. 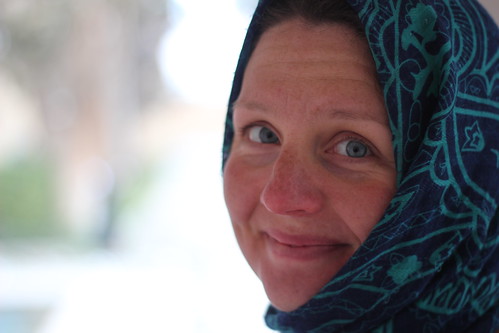 To visit a particularly holy shrine, Laura had to wear a chadar (literally: “tent”), covering her from head to toe. 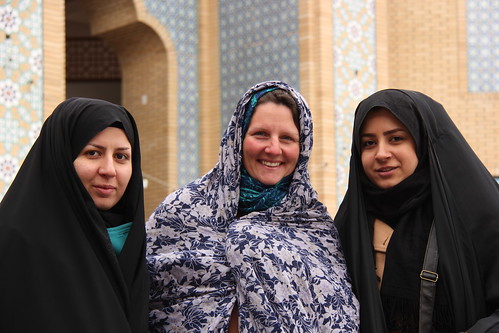 Wearing long, loose clothing and a headscarf when cycling could be a real pain at times. However, during the coldest days with the bitter gale-force winds, we voluntarily covered every inch of skin that we could. 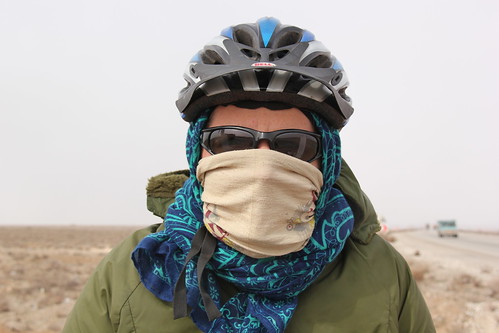 We’d heard a lot about the food in Iran. In truth, most of the time we just ate kebab and rice (admittedly delicious) but in some fancier restaurants… 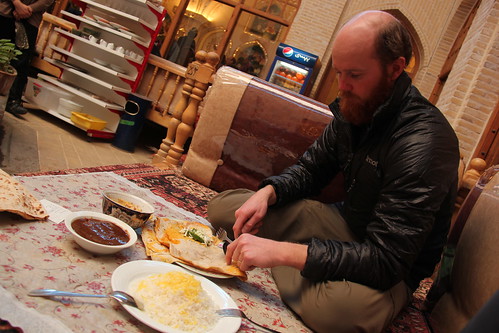 …when staying with generous hosts… 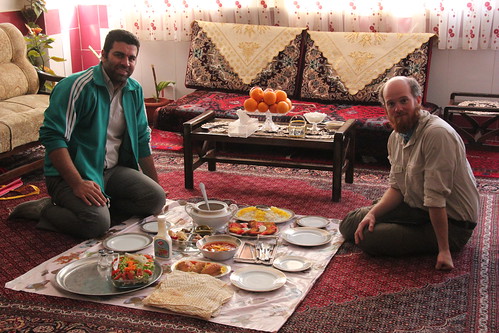 …and with the occasional take away, it was great. 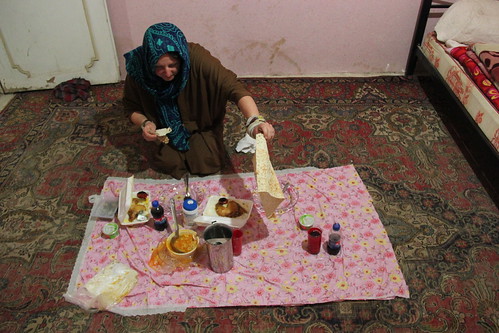 You can see the rest of our Iranian photos on Flickr (along with all the other countries through which we’ve cycled). 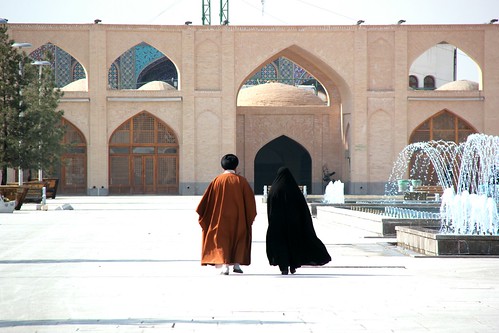