In Praise of Microadventures 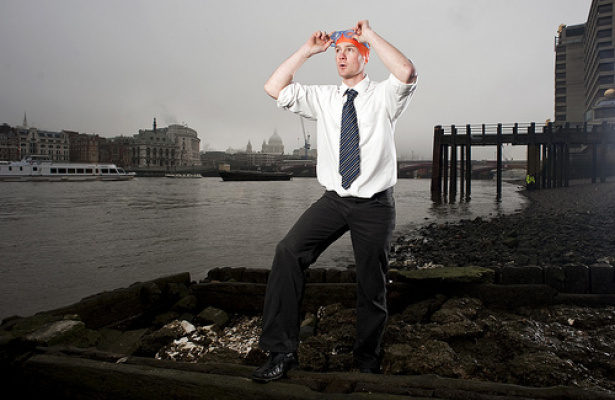 Recently, the adventurer Alastair Humphreys has been running a campaign encouraging people to undertake what he calls “microadventures” – little adventures that typically happen after work or on the weekend, usually involve sleeping under the stars and often involve jumping into some water.

Alastair has undertaken many great big expeditions – like spending four years cycling around the world, walking across Iceland and rowing across the Atlantic Ocean – but last year dedicated his efforts towards undertaking a new microadventure of his own each month. His efforts resulted in him being named a National Geographic Adventurer of the Year and some fantastic videos:

I didn’t really like the name “microadventure” at first. Probably for similar reasons that I object to the idea of wild swimming being a sport – it risks making something into a bigger deal than it needs to be. But, given that the entire premise of Al’s campaign is the exact opposite (i.e. anyone can and should do it), I think I should get over that.

Also, I feel like it has some overlap with the campaign of Everyday Adventures that I ran in 2010, chivvying people to go out on miniature adventures during their lunch breaks or before they got to work.

Over the last couple of weeks, with the Summer Solstice as an excuse, Al has made a big push to get other people out into the hills, sharing their stories in videos and on Twitter. And the result has been quite remarkable.

Many of us adventurer folk profess to be motivated by the idea of encouraging other people to undertake expeditions of their own. And we generally go about this going on expeditions then coming back and telling our stories on blogs, in books and during talks, in the hope that our audiences will be inspired enough to try something for themselves. There’s nothing wrong with this method but, to borrow some business speak, the conversion rate is low.

However, Alastair has taken a different approach to motivate people into action put the focus of his campaign entirely on the potential new adventurers and the converts are many. A cursory scan of the microadventure hashtag (#microadventure) on Twitter reveals dozens and dozens of people all over the world who have taken part in the challenge:

Off on a little #microadventure. 25k+ one night under the stars. #søhøjlandet #high Lake country

On an island in the Thames, camp fire and bivvy. All power to @Al_humphreys and #microadventure — Jamie BuchananDunlop (@jamie_bd) June 28, 2013

Slept on the top of Corn Du the night before my 30th birthday, watched the sunrise from Pen y Fan. Pics to follow! #microadventure — Maura Dunst (@MauraDunst) June 28, 2013

Does cycling 80 kilometers to work on my mtb also count as a #microadventure? Also have to go back tonight :-) — Menno Idsinga (@midsinga) June 27, 2013

Shortly heading on my first #microadventure : London to Exmoor by bicycle with a bivvy bag and a beer can stove.

First cycling wild camp #microadventure . Up at 4:30. Breakies packed and on road by 5:40. Great fun. pic.twitter.com/CiIC9CNmxs

In Praise of Microadventures

As that tiny taster of responses above suggests, Al appears to have hit exactly upon the very essence of what we “adventurers” are trying to achieve and pulled it off with aplomb. Chapaeu Mr Humphreys and long live the microadventure!

Tempted by a Microadventure?

And finally, here’s a 60-second video that Laura and I made of our own microadventure on the Summer Solstice: trying to find somewhere to swim outdoors, camping at the highest point in the Chilterns and enduring a wet night in our bivi bags next to a lama farm.

(Video above not working? Watch it on YouTube instead)