Home Living Adventurously What would you do if you had a million pounds? 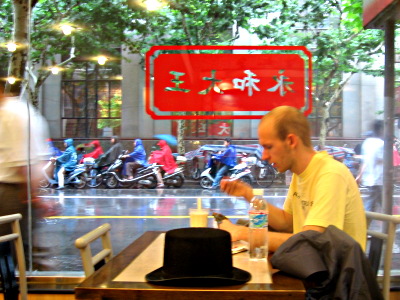 That’s not a rhetorical question. I really would like to know: what would you do if you had a million pounds?

The emphasis in that sentence, for those of you that missed it, was on the do rather than the million.

Luxury cruises don’t float my boat, I have no drive to buy a fast car and a mansion isn’t up my street so please don’t reel off that kind of a list. Rather, what I am asking is what you would do with your life if you had that much money.

Keep your job or never work again? Dedicate your time to pleasure or charity? Follow your dream or make a new one?

I started thinking about this after watching Ron Livingstone in this cult film. It feels like I spend a lot of time chasing after sponsorship, saving pennies for an expedition or minimising costs when I’m away. But the reality is, if I had a limitless credit card, it wouldn’t be half as much fun.

Obviously, earning money is far more of a necessity for some than others – I appreciate that I am in a very lucky position – but I quite enjoy doing what I’m doing. As a millionaire, I think I would probably keep at the adventure game, working on silly projects and trying to help other people with theirs. If it wasn’t money that I had to spend my time scrabbling around for, well, then I expect I would just find something else to fill its place and create the struggle.

Am I being too short sighted?