A Mountain of Experts 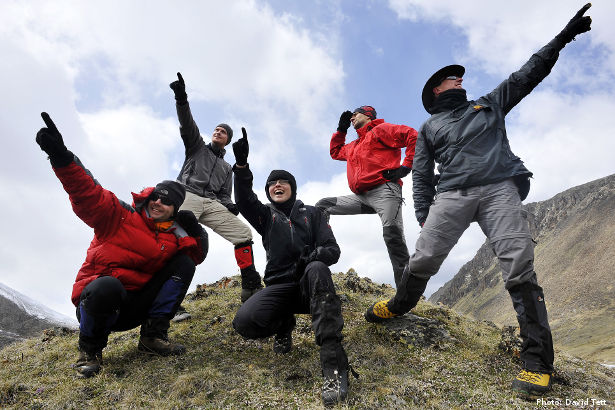 One of the added joys of writing my book last year was that I had an excuse to contact many legendary names, people whose books I’d read and names I’d heard countless times but never met.

Here are the mountaineers that kindly contributed a piece of advice for the How To Climb An Unclimbed Mountain chapter:

Andy Parkin – Artist and climber who explores the mountain ranges of the world looking for first ascents, adventure and images.

Alan Hinkes – The first Briton to climb the fourteen 8,000-metre peaks (the highest in the world)

Roger Payne – Who has made over 20 expeditions to the high peaks of the world including first ascents on four continents.

A Day in the Life of a Mountaineer

Andy Kirkpatrick has been described as a climber with a penchant for the cold, the hard and the difficult. He specialises in winter expeditions and climbing big-walls – huge vertical faces that can take several days to ascend. He has climbed the notorious El Capitan in Yosemite over 15 times, spent two weeks climbing the West face of the Dru in winter – one of Europe’s hardest routes – and had several winters climbing in Patagonia. He has written three books, produced several DVDs and gives regular motivational speeches.