Extreme Couples: Interview with The Telegraph 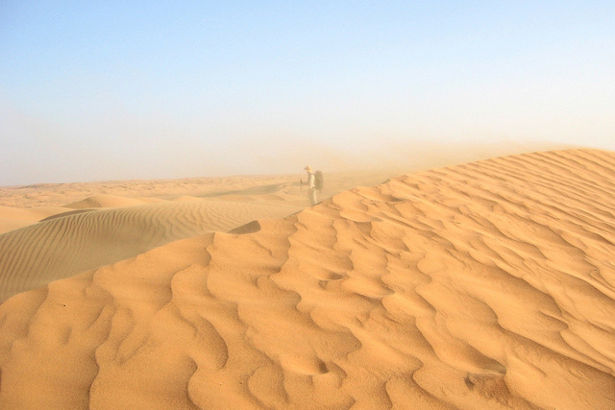 We were interviewed by a journalist from The Telegraph recently for a piece about couples who go on ‘extreme adventures’. The article (which you can read here) was very short but we actually wrote a lot more in response to the original questions so I thought I’d share the rest of the interview here.

In your own words, describe why you came up with the idea of cycling around the world

On the day that Laura and I first got together, we made a date to cycle around the world in 2014. It was a joke at first but slowly became more serious up until the point that we handed in our notices at work and then there was no turning back. We’d both been on solo bike tours before we met each other so already had an inkling we wanted to do more.

Do you argue much? If so, what about?

We get a little bit annoyed with each other all the time – why is she just leaving stuff on the tent floor? why is he cycling so far out into the road? why aren’t you cycling faster/slower/closer/further away? – but very rarely have any real arguments.

The only times we’ve come close to falling out have been during discussions of the most ridiculous and irrelevant topics, most notably the existence of God and the intricacies of the British asylum system.

How are the two of you different? Is one of you OCD and the other very laid back? What’s your yin and yang?

We each have our own neuroses: for Laura, she is constantly worrying about our bikes being nicked, where we’re going to sleep when it gets dark and noises in the night indicating attack by murders/wolves/orcs.

I’m pretty relaxed about those things but get really stressed out by background noise (e.g. camping by a road which, as you can imagine, occurs fairly regularly when cycling around the world), having to make difficult decisions like what to buy in a supermarket or trying to operate above 30-degrees Celsius and 100% humidity (i.e. the entire of South East Asia).

Laura: I would say the main difference is that I am an extrovert and Tim is an introvert. Whereas I love socialising with huge groups of people, Tim would prefer to hang out with just one or two good mates. It actually works out pretty well though – I jump in and break the ice with all the new people we meet on our travels whereas Tim takes time to get to know them on a deeper level, usually being the one who keeps up the contact when we’ve left them.

You’ve clearly done lots of other things together. How did you support each other? Who’s the one with the crazy idea? Does one of you roll their eyes?

We both come up with ideas all the time and we do both roll our eyes (but then usually come around and sign up for the latest daft idea).

I think the best way we support each other is by getting to know each others’ weaknesses (see previous answer) and recognising when the other’s struggling. For me, I’m a bugger for low blood sugar moods – quiet, unresponsive, snappy – and Laura behaves similarly when tired at the end of the day. We’ve just learned not to press each other at those times and/or provide a sugary snack or rest stop as soon as possible.

What are the biggest challenges in doing adventures with your other half?

To be honest, it’s not been a big challenge. The reason we’re together is because we get on so well. However, we do have to compromise a little on our approaches… segue into next answer…

Give me an example of where you’ve had your differences?

When we’re cycling Laura likes to take detours to visit interesting places and, when we’re off the bikes, she likes using the time to go around the local area and explore. I think she figures that we should see as much as we can whilst we’re out here.

In contrast, I prefer to follow the most direct route possible and cycle as hard and fast as I can until I collapse then spend my days off sitting on a couch watching TV and eating a lot.

We do a bit of both.

Laura: the best demonstration of this was during a couple of rest days we took in Malaysia. I’m a keen swimmer and wanted to visit a nearby waterfall so planned it as a day trip – but ‘forgot’ to mention to Tim that our day off cycling would entail a 40-mile bike trip. He wasn’t impressed at the lack of resting that took place on that rest day.

Have the two of you been out of your comfort zone – where you’ve had to rely on each other?

The times when we’re most out of our comfort zones are either when we’ve been scared – forced to cycle through a tunnel on a huge motorway or camped out in a sketchy area – or when we’ve pushed ourselves too hard, like when we tried to cross the Wahiba Sands desert in Oman. It was blisteringly hot and hauling our water-filled packs over dozens of 100ft high sand dunes was pure purgatory.

But we usually pull together pretty well: focus on getting through then laugh/cry about it later as appropriate.

Laura: A couple of years ago, we ran the length of the London Underground lines (we ran each line in a day over the course of a few months). We ended up running the last two lines within a few days of each other – I think one was 35 miles and one was 45 miles, with perhaps five days rest in between. Frankly, it was too much. Halfway through the second line, we both sat on the pavement and cried because we were finding it so hard – but having the other person there made us realise how ridiculous we were being so we could keep going.

What 3 pieces of advice would you give to aspiring couples looking to be adventurous?

What are your strengths?

Tim: I think that when it comes to expeditions and sport, I am mentally quite strong. I can keep pushing myself and willing myself onwards, sometimes outloud if necessary. The flipside to that is that my body’s not always as strong as my mind so I do sometimes crash and burn afterwards.

Laura: I think that applies to both of us. We’re both determined (you might say stubborn) and know that the joy of finishing something, even if it’s just the joy of personal satisfaction, is worth the struggle of getting there. We’re both supremely motivated and enthusiastic about getting the most out of life.

The inevitable question: What next?

Get jobs, find a house, write a book, run a mile a day, overnight runs, cycle touring festival, plan the next adventure.

Tags: Cycling Around the WorldMotivationRunning the Tube