Home Advice Articles How I Fund My Expeditions

How I Fund My Expeditions 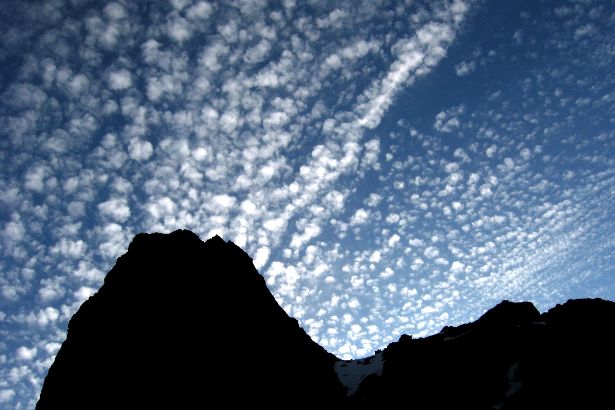 The heartbreaking hunt for sponsorship

By far the most common query and perceived stumbling block for those planning an expedition is how to fund it.

This normally manifests in a heartbreaking hunt for sponsors and a search for the golden ticket that will make it happen. Sometimes people get lucky but 99 times out of 100, they don’t.

But that should not put you off planning an adventure. I hope what I am publishing below will demonstrate why.

Why sponsorship is neither necessary or even helpful

Earlier this year I published details of the money I make from this website. Today I thought it might also be useful to publish details of how much each of my expeditions cost and how I’ve funded them so that others can make a more informed decision about how they approach funding their own trips.

In particular, you’ll notice that I’ve never had financial backing for any of my expeditions but I have received a lot of grants.

When people ask me about sponsorship I often try to put them off. It’s up to you whether you go for sponsorship and I wish you the best of luck if you do but I hope the numbers below will illustrate why I take the position that sponsorship is neither necessary or even helpful for most expeditions.

How Much My Expeditions Cost

The table below gives the total cost for each of my expeditions plus a breakdown of where that money came from: corporate sponsorship, expedition grants or personal contributions. I’ve also included what free stuff I got and, where applicable, how much money each trip raised for charity. If you want to find out what I actually did on those expeditions, just click the name.

All costs are per person except the Charity column which is the amount raised by the project as a whole.

*This covers every single penny that we spent while travelling for 1 year and 4 months: £406 a month for all our food, accommodation, visas, transport and more.

This refers to financial sponsorship. I’ve never had corporate backing for any of my expeditions.

My first few expeditions all received grants. I now maintain a big list of available grants and also offer my own.

Money I’ve saved up myself.

Some of my trips have been in support of charities.

(The charity figures are slightly misleading because whilst costs are per person, the amount raised for charity is for the whole expedition, not just my own efforts).

How Do I Actually Pay for the Trips?

Above, you can see what each trip cost but how have I actually got that money?

First off, I have never funded any of my expeditions using proceeds from this website (you can see a full breakdown of my earnings here). I mention that because you might assume that having a flashy, show-off blog means that it pays for my expeditions. It doesn’t (though I’m hopeful it will soon).

Second: grants. Look at the table above. My first three big adventures  – Kyrgyzstan, Bolivia, 80 Ways – were all backed by bursaries. You’d be a fool to expend effort trying to get a corporate sponsor before checking your eligibility for these grants.

Third: sponsorship-in-kind. No one’s given me money for my trips but I’ve had plenty of sponsored clothing, equipment, insurance and travel. Sponsorship-in-kind will never pay for your expedition but it can certainly help keep costs down and it’s much easier to get than cash.

There is no big secret.

I’m obviously in a lucky position in that I’ve been able to go on all of these cool trips but I’ve just had normal jobs, earning normal salaries. I don’t think my salary has ever been above the UK average. I just save up. So, if I can do it, you can probably can too.

Here is a list of expedition grants that I’ve received over the years. The totals are for the whole expedition (i.e. several people), not just me.

My Advice for Anyone Trying to Fund an Expedition

So, what would be my advice for someone trying to pay for a big adventure?

An earlier version of this article was first published in March 2012.