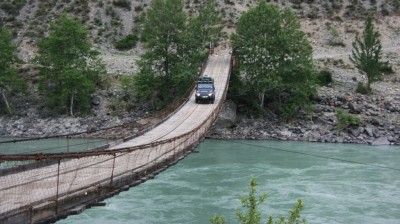 As a young adventurer, it’s easy to become despondent in the belief that “everything has been done” and that there is nowhere left to explore. At least, that is, without doing something so extreme as to require decades of experience or being extremely dangerous.

My friend Nancy and I set about planning our expedition with an inflatable globe and a pin (used sparingly) with the objective of identifying remote yet accessible mountainous areas of the world.

A trip to Stanfords, several reports from the Royal Geographical Societys’ database and a conversation at the ‘Explore’ conference later, it became apparent that no one was climbing in the Russian Altai. With only the aid of a 20-year-old piloting map, we were quickly able to identify unclimbed and accessible mountains.

Now, after several months of planning and many more day dreaming, I leave tomorrow for Siberia.