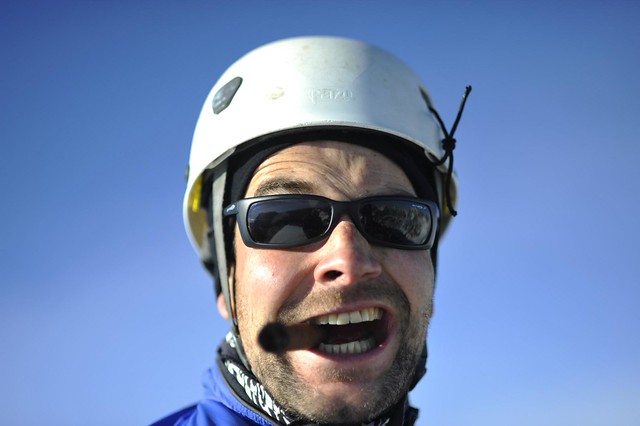 And there are bloggers (think: well, think of someone who blogs a lot).

This is a term I just made up but hopefully it’s self explanatory: people who both go on expeditions and spend time writing about them.

The list below is really just a collection of people that I know/like/find interesting. It’s in no particular order and I only called it the “best” so you’d click the link.

(N.B. You’ll notice that the de facto best adventurer-blogger is an obvious omission but that’s due to his self-effacing modesty).

Polar guy who has completed the longest ever polar journey and various other hard, cold trips. Doesn’t pull any punches with his opinions.

Tom Allen spent several years cycling all over the place and has produced the most amazing film of his journey: Janapar.

First woman to row the Indian Ocean and first to do the North Pacific. Currently on a human-powered journey around the world. I organised the logistics for her trip from London to Tokyo. She’s very dedicated to sharing her adventures.

This list is taken from the Inspiration section of my Resources Page.

Leon emailed me a few years ago before planning his first big bike trip. He’s since cycled 14,00 miles,  walked 3,000 miles through Mongolia and China, and crossed the Empty Quarter Desert on foot. Leon is annoyingly nice.

I remember old Rusty when he was just a wee pup (OK, he was probably 18)… but now he’s a fully fledged adventurer. Particularly good because he doesn adventure with an angle: science and conservation.

Walked across Iran, rafted the Amazon and planning to run the longest river on every continent. He is Australian but otherwise fine.

The first and best. Al is as dedicated to his excellent blog as he is to his expeditions.

So I had to squeeze in one more. Roz has rowed across the Atlantic, Indian and Pacific Oceans. She’s big on motivating people.

OK, who have I missed? Let me know my glaring omissions in the comments below.