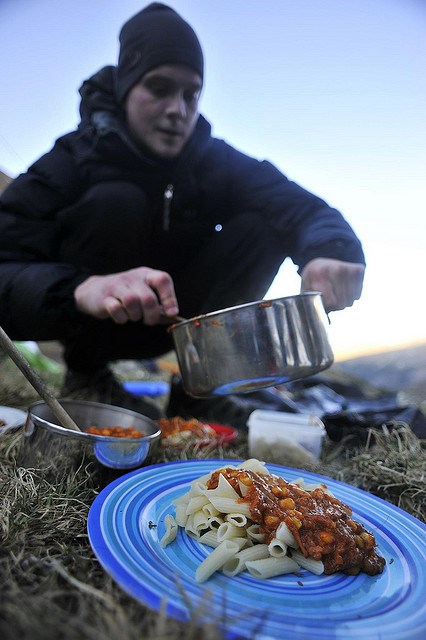 Cheap restaurants in London. Completely off-topic but finding London’s best cheap eats has been a favourite game of mine for many years (and by cheap I mean ideally dinner for under £5, certainly under £10). London need not be an expensive place to live or eat. Here are a few cheap meal recommendations from a decade in the capital, in no particular order.

The Italian Coffee Company offers big, bargainous, cheap pizzas, all freshly baked for under £5. Cheaper if you take away. Great buzz sitting inside and out on Goodge Street.

Tiny, tasty bagels served 24-hours a day and costing £2 with fillings or a matter of pence for bread alone. They get big queues but it’s fast service and worth the wait.

The king of cheap eats in London. Top marks for quantity (it’s all-you-can-eat) and style (it’s bedecked in outrageous claims about the merits of vegetarianism and achievements of the world’ vegans). £5 gives you access to vegetable curries, dal, baked goods and a salad bar. It’s BYO too. Cheap eating doesn’t get any better. (Possible website coming soon).

50 years of serving up good, simple British grub at bargain bucket prices. Sausage and mash, steak and kidney pudding, shepherd’s pie. Perhaps a little over £5 but always under £10. They have two restaurants, one in Soho and the other near Piccadilly Circus.

Fairly standard Chinese/Thai noodle dishes but their cheap, voluminous and, as the name implies, served remarkably quickly. I’ve been to the Brixton and Kilburn High Road branches and there’s another out in Barking.

Perhaps less of a cheap eat than a nice one but it’s very London. The food is super healthy but equally tasty and hearty food. The portions aren’t huge but they are delicious. £5 for a main with salad, £8 if you throw in a dessert. They have different specials every day. It’s small and the queue goes onto the street on weekends. Cash only.

All starters £2.65. All mains £5.95. That includes salmon, duck and lamb steaks. This place is embarrassingly cheap. They have branches in Kilburn and Farringdon (as well as Croydon and Brighton, and Belgrade!).

Just opposite Kings Cross, this place is as bargainous as its portions are voluminous. You’ll get change from a fiver and leave fully sated (I’ve never been beaten by a bowl of noodles but this place came close). Branches in Fulham and Shepherd’s Bush too.

Vegetarian and non-vegetarian canteen dining at its most basic. You should get plenty for your £5. It’s open for breakfast, lunch and dinner but not in-between so check the website for opening times.

A slightly more upmarket version of Chop Chop offering Japanese sushi as well as big bowls of rice and noodles for a little over £5.

Been to any of these places? Any London classics that I’ve missed? Add your comments below.