Home Living Adventurously Is It Possible To Do Real Expeditions Whilst Holding Down A Real Job?

Is It Possible To Do Real Expeditions Whilst Holding Down A Real Job? 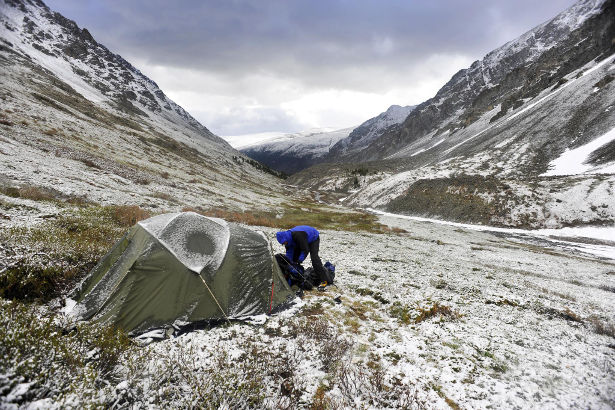 A common message from “adventurers” is that to follow your dream you should quit your job and go on a grand adventure. For some, this will be an inspiration that motivates them to do just that. Great.

However, that only caters for a minority.

Most people don’t want to leave their jobs. It’s not practical or even desirable. There’s a risk that these people will be put off undertaking an adventure because they get the impression that it’s only possible if you commit to the traveller’s lifestyle and dedicate all your time to adventuring.

Some more enlightened adventurers recognise this and promote a wonderful range of easy to access ideas for those working the 9-til-5. George Cave talks of ‘67 hour adventures‘ (the time between 5pm Friday and 9am Monday), Alastair Humphreys has pioneered the concept of miniature ‘microadventures‘ and Tom Allen memorably bought a bike and spent a couple of weeks cycling the length of England for the price of a round of drinks.

This is excellent. It’s a really positive message that’s had a huge impact and it’s something I try to echo at every opportunity.

So does that mean there are two options…?

It is entirely possible to do real, proper, serious expeditions whilst holding down a regular, normal, bog standard,  9-til-5 job.

And if you don’t beleive me, just read these examples off the top of my head (additions welcome in the comments section below):

Mick Fowler is one of the UK’s best mountaineers who’s made first ascents in India, China and Russia. He’s also a tax man who works for the Inland Revenue and does all his expeditions in his annual leave allowance. He squeezes in training by driving from London to Scotland and back on winter weekends.

2.Unclimbed Peaks in the Space of Two Weeks

Marc Bullock is a surgeon. In 2009 he flew to Siberia, drove into the mountains, hiked out to a base camp, climbed to the top of a mountain that had never been summited before then hopped on a horse to reverse the journey and was back to his patients within two weeks. A Siberian first ascent in 14 days.

3. Crossing a Desert on a Sports Tour

Ellie was travelling to Dubai with her ultimate frisbee team. Whilst she was in the Middle East she decided to extend her holiday to travel across the border to Oman. There, she and two team mates crossed the Wahiba Sands desert on foot. It took them three days. They had never been to a desert before.

4. Walking Across Patagonia with Qualification Leave

When my wife finished her training as a lawyer, she was entitled to take some time off work. It was unpaid but allowed us to spend four weeks attempting to cross South America on foot.

You’re probably not a lawyer who’s about to qualify but perhaps you’re eligible for a short sabbatical? Maybe you’ve just got married/worked 10 years at the firm/closed a really big deal or otherwise deserve some unpaid leave?

Or you could be about to change jobs? I’ve used the latter as an excuse for an expedition on three occasions: cycling the length of Scandinavia, trekking in Iceland and travelling around the world in eighty ways.

And even if you haven’t got one of those excuses, if you look at my adventure portfolio, every single expedition I’ve done since 2009 I have done with my wife, Laura. And during that time, with the exception of when we cycled around the world, she has always had a normal, full time, 9-5+ job.

So, if you want to quit your job and travel the world then good luck to you. It’s a big step but I’m sure you won’t regret it.

And if you want to get that much needed hit of excitement through regular microadventures then that’s fantastic. I can think of few better therapies.

To have your cake and eat it…

Well, that’s quite possible too.

And don’t let anyone tell you otherwise.